My apartment – my responsibility

Between March 2015 and April 2016 in cooperation with the Microfinance Centre Foundation we organized an educational project titled ‘My apartment – my responsibility’, which is financed from the EOG funds as a part of its program ‘Citizens for Democracy’. The recipients of the project are foster care alumni, who after reaching the age of 18 move out of foster care centers and begin an independent life. During the cycle of workshops these young people learn how to manage money, but also how to use electricity, heating and water in an economic and eco-friendly manner.

The first cycle of workshops was conducted in the Youth Care Center in Anin, nearby Warsaw between 2015 and 2016. It was attended by 19 boys, including the future inhabitants of supportive housing, which were built in the Praga district in Warsaw, as a part of our simultaneous project called ‘Trampoline – supportive housing for the foster care alumni’.

The designed training materials and work methods will be used in future workshops. They will be led by the teachers of youth care centers, who have undergone appropriate pedagogical training, and as a result received certificates entitling to leading the workshops ‘My home – my responsibility’.

5 – 7 2015 – Consultations with teachers and students of the Youth Care Center in Anin. Collecting information on their needs and expectations in the context of workshops.

Together with employees of Microfinance Centre and teachers of the Youth Care Centre in Anin we prepared workshop scenarios, so that they contain elements of a team game and are attractive for the youth. Within every workshop we planned an exercise part, which allows the participants for an active participation through work in groups. In order to encourage them to cooperation we designed the tasks, so that they are practical, but also to have a competitive element for rivaling groups. For instance, we devised a competition for the best meal, within which each group has to come up with a weekly food budget, do shopping and prepare a meal with accordance to the budget. We decided that the winner will be the group which not only prepared their budget best, but also whose meal was the tastiest.

Together with employees of Microfinance Centre and teacher of the Youth Care Center in Anin we organized a cycle of 24 hours of workshops. After their completion we had an evaluation, in which it was pointed out that:

– the youth was interested in the workshop content, because they understood that the skills obtained at the workshops will be of use in their future lives;

– the teachers were satisfied that they can better prepare their students for independent life after leaving the Youth Care Center. As a result of the project workshop scenarios were designed, which then permanently enriched their own workshop, as they are suitable for work with other groups of students being prepared for becoming independent.

– the workshops created a space for dialogue between the students and the teachers, which then improved their relations.

The workshop took place in Anin and it was preceded by designing appropriate materials and preparing teachers of the Anin center to co-design the training. The meeting with teachers from other youth care centers helped in evaluating the proposed methods and contents, which we wish to communicate during workshops. The training we conducted entitles the teachers to receive a certificate confirming qualifications to conduct workshops ‘My home – my responsibility’ (issued by Microfinance Centre).

Study and report on the energy efficiency of multi-family buildings

In the first quarter of 2016 together with the Institute… 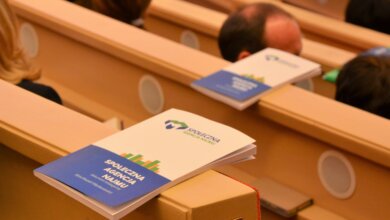 Social Rental Agency as an instrument of housing policy in Poland