On 9th September, 41 MetLife representatives from 22 countries joined the works led by Habitat for Humanity Poland in Legionowo near Warsaw. As volunteers, they helped build a hostel for young people recovering from substance misuse which will open its doors next year.

The volunteers contributed to finishing works in the hostel which will provide decent shelter and comprehensive support to young people recovering from substance misuse. The hostel residents will find it easier to reintegrate themselves back into society thanks to the fact that they will not be isolated. The hostel will be part of an innovative youth center which will serve the local community and provide young people with opportunities to develop their talents and interests. The center will open its doors next year and will be operated by the “Passion of Life” Foundation, a local non-governmental organization which initiated its construction.

You can learn more about the hostel and Habitat Poland’s involvement in its construction on the project page.

Habitat for Humanity Poland has been supporting the construction of the center since March 2017, for example by mobilizing volunteers to help with basic construction works. During the volunteering event which took place on 9th September, 41 MetLife representatives contributed to the works such as plastering, sanding and painting of the walls. It was the second largest group of volunteers helping out at the site to date – after the group of 42 representatives of the MetLife office in Warsaw who volunteered there in May.

You can read about the May volunteering event with MetLife representatives in the article: MetLife volunteers helped build a hostel for young people recovering from substance misuse in Legionowo.

The MetLife representatives who joined the volunteering event on September 9th came to Poland from 22 countries of the EMEA region, including Bulgaria, Egypt, France, India, Jordan, Lebanon and Portugal. They were participants of the Talent Development Program, which MetLife offers to its outstanding employees. The program includes community service and its current edition is the second one realized in partnership with Habitat for Humanity.  Last year the MetLife representatives supported a Habitat for Humanity project in Romania, helping renovate a school in Bucharest.

You can learn more about the 2016 project in Romania from the article: 55 Metropolitan Life representatives from 24 countries volunteer to help more than 300 children from Bucharest to learn in a better environment.

Izabela Ptaszyńska, head of the Marketing and Communications Department of MetLife: MetLife has a long tradition of supporting the projects during which volunteers help people in need. It is not the first joint project of MetLife and Habitat for Humanity in Poland, but the first one with employees from outside of Poland.

Magdalena Ruszkowska-Cieślak, national director of Habitat for Humanity Poland: We are glad to be cooperating with MetLife for the second year running. Their support, which involves both financial donations and involvement of the company’s best employees as volunteers, is a great example of corporate community engagement. This kind of regular cooperation helps realize the mission of Habitat Poland more effectively, building the world where everyone has a decent place to live. 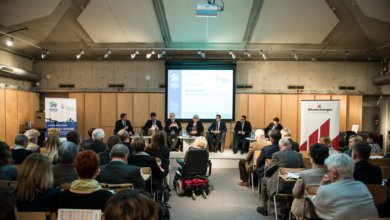 Wienerberger group, one of the world’s leading producers of…

Renovation of the St. Brother Albert Shelter for Homeless Men in Wroclaw with Credit Suisse 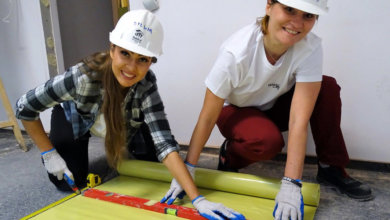